COVID-19 Update: Bellotti Law Group is Open for Business - CLICK HERE for more information or call 617-225-2100.
Voicemail messages will be emailed to us. 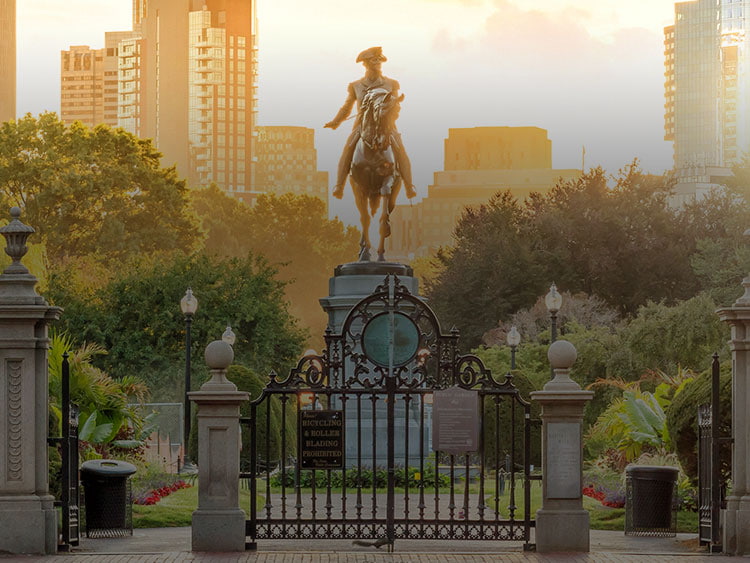 Massachusetts car insurance policies and the rules governing them can be pretty confusing and complicated, particularly because the state requires your car insurance to be aligned with a “no-fault” system and also follow certain coverage limits.

The experts at the Bellotti Law Group, P.C., shall advise and explain you on how insurance policies work and shall assist you if you have any questions or concerns.

END_OF_DOCUMENT_TOKEN_TO_BE_REPLACED

It can be a stressful and painful event, whether you have sustained injuries from a car crash, medical malpractice, or someone else’s wrongful act. You have to worry about your recovery and how you can pay your medical bills, particularly if your injury causes you to miss work. Your settlement will relieve the pressure of stressing about the medical costs and missed income.

A critical question many people ask is whether your personal injury settlement in Massachusetts is subject to taxation? Our personal injury lawyers ma at the Bellotti Law Firm, P.C have discussed this area of concern below.

END_OF_DOCUMENT_TOKEN_TO_BE_REPLACED

Accidents can happen to anyone. What if, because of a third party’s negligence, a spouse gets hurt, files a personal injury lawsuit, and receives a major settlement?  Is at least part of the compensation proceeds entitled to the other spouse?

What is Marital Property?

END_OF_DOCUMENT_TOKEN_TO_BE_REPLACED

Whether you’re a dog lover or someone who generally doesn’t like dogs, it is crucial to note that dogs have been a part of American life since the beginning and it will remain the same. We all cross paths with dogs more often than we think we do. Whether the dog is out for a walk, at the park, or even at home, there is always the risk that an encounter with a dog will go wrong.

If you or someone that you know got injured as a result of a dog bite in Cambridge, and Quincy, or anywhere else in Massachusetts, it is important that you have an understanding of the laws surrounding dog bites and know what to do when a dog bites.

Consequences of Dog Bites in Massachusetts:

END_OF_DOCUMENT_TOKEN_TO_BE_REPLACED

Anyone can get injured anytime and anywhere. A personal injury case could be the only way to recover the compensation you deserve if you or someone you love is injured in an accident. You may be eligible to get monetary compensation to deal with physical injuries, medical costs, loss of work, pain, and suffering, and damages to personal property if the negligent person causes the accident.  You may need to contact a MA personal injury attorney to protect your rights immediately.

What are some examples of Personal Injuries:

END_OF_DOCUMENT_TOKEN_TO_BE_REPLACED

Safe winter driving requires careful planning, which includes maintaining your car, carrying an emergency kit in case you are stranded, and learning how to cope with different driving conditions, such as black ice or driving around snowplows. You have to learn how to drive in the snow if you want to survive life in Massachusetts.

The Massachusetts driver’s manual understands that on snow and ice, cars behave differently than in snowy and icy conditions. It becomes more difficult to turn, and it takes more time to stop. Besides practicing in these situations, when driving in winter weather, there are also things a driver must consider:

END_OF_DOCUMENT_TOKEN_TO_BE_REPLACED

Slip and fall accidents are sometimes an unavoidable part of life. Whether a fall is caused by an icy driveway after a snow storm or you trip over your own feet, taking a tumble can be embarrassing. However, if you’ve bruised more than your ego, you may be entitled to compensation for your medical bills, pain and suffering, and lost wages.

When you are injured after a fall on somebody else’s property, you can be reimbursed for your losses if the property owner was responsible for your accident.

What is Slip and Fall Liability?

END_OF_DOCUMENT_TOKEN_TO_BE_REPLACED

Anyone who has lived through a New England winter knows the transportation-related challenges this time of year brings. Whether it happens to be navigating snow-covered roads or traversing icy sidewalks, getting around Massachusetts in the winter is not always easy.

Given the nature of the season, it isn’t surprising that most Massachusetts slip-and-fall accidents occur during the winter season. For the most part, Massachusetts landowners owe those who are invited onto their property a duty of care to keep the property safe. As a 2010 state appellate decision discusses, this includes maintaining the premises free from natural and unnatural accumulations of snow and ice.

The Facts of the Case

According to the court’s recitation of the facts, the plaintiff visited a Target store on a cold but clear December morning. Evidently, it had previously snowed, and a maintenance company had plowed the parking lot. The parking lot was mostly cleared of snow, except for a few areas.

END_OF_DOCUMENT_TOKEN_TO_BE_REPLACED

The risk of being involved in a serious Massachusetts car accident either as a motorist or as a pedestrian is always present. However, that risk is at its highest in the winter months. Between the months of December and February in Massachusetts, it snows almost a foot per month. While this may only be the result of a few storms over the course of the month, the result is that roads and sidewalks are often snow-packed or covered in ice.

The conditions can get so bad that recently a local news article reported that on a single day there were 130 accidents – most weather related – in Massachusetts and the along the border of New Hampshire. One of the biggest dangers of a Massachusetts weather-related accident is the likelihood that a single car accident will turn into a chain-reaction accident due to motorists’ inability to come to a stop.

Another news source described a recent accident that resulted in an oil truck tipping over onto its side. Evidently, following the accident several other cars became involved in subsequent accidents because they were unable to stop in time to avoid a collision.

END_OF_DOCUMENT_TOKEN_TO_BE_REPLACED

Last week, on October 26, 2016, around 4:40 P.M., the northbound Orange Line train, while stopped at Back Bay Station in Boston, Massachusetts, began to spew smoke. The train had overheated right before rush hour, and Massachusetts Bay Transportation Authority (“MBTA”) workers asked passengers to evacuate the station. After the initial panic, which caused riders to break windows of the train to escape, five people had to be treated for smoke inhalation.

The northbound orange line began to leave the Back Bay station when the operations center “was called about a report of a propulsion issue.” This issue resulted in visible smoke to riders onboard the train. With the doors to the train closed, people on the train began to break the windows to escape. In a statement, the MBTA explained that the doors to the train had not been malfunctioning. Instead, the doors were closed because the train was moving away from the station. When the issue was discovered, the “motor person had begun promptly opening doors to allow passengers to evacuate safely, away from (the) live third rail.” However, there was no initial announcement over the intercom of what was occurring, which led a lot of scared people to self-evacuate through the windows. As a result of this chaos, five people were treated for injuries at the station, and three passengers had to be taken to the hospital. END_OF_DOCUMENT_TOKEN_TO_BE_REPLACED